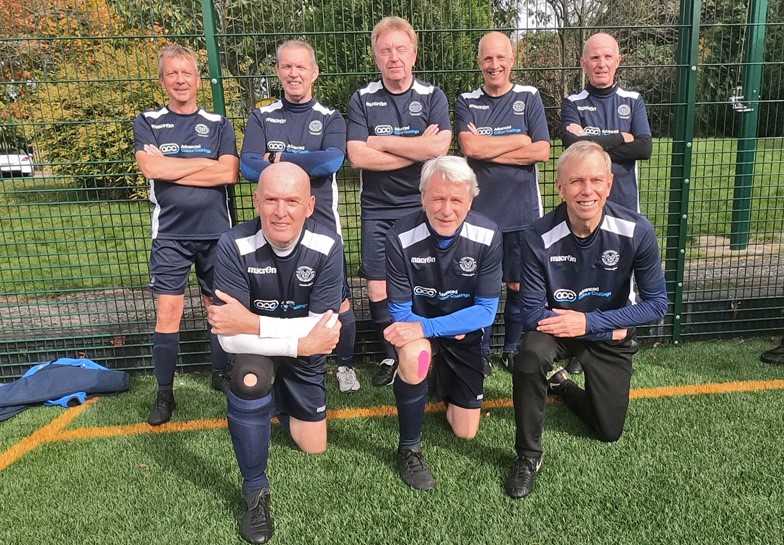 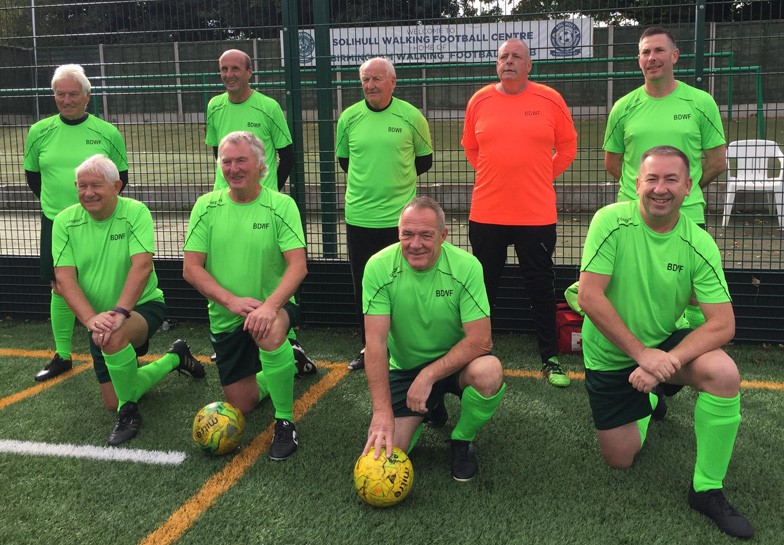 This friendly game  provided a good opportunity to get more match
practice ahead of the +63’s mini tournament scheduled for Wednesday 14th
October at Coleshill Town FC.

Just prior to kick off Birmingham had to rethink the shape of their
squad as their goalkeeper failed to turn up.
Manager Paul Feeney decided to wear the green jersey which left only one
substitute available.

This game was a good test for Birmingham ahead of the start of the new
+63’s league as Bedworth fielded a team of mixed age groups.

Birmingham started the first half passing with confidence. The solid
back line of Martin Barber, Roger Purchase and Peter Giddings kept
Bedworth at bay and linked up nicely with the busy midfielders Mark
Evans, Steve Dixon and Roy Williams creating some good attacking moves.
But the Bedworth keeper “Baggie” was in fine form and made save after
save, frustrating the Birmingham strike force.
Birmingham had most of the first half possession and their keeper wasn’t
really tested. A reoccurring calf injury to Birmingham’s midfielder
Steve Dixon left Birmingham without a substitute for the remainder of
the game.
The second half started like the first half, with Birmingham
peppering the Bedworth goal with numerous shots. Then 10 minutes into
the second half Birmingham’s lone striker Dave Whatmore managed to latch
onto a ball on the edge of the Bedworth goal area and tucked away a low
shot past Baggie. 1-0 to Birmingham.
Birmingham looked to be heading towards a comfortable win in the second
half when Bedworth broke away very quickly and left the Birmingham
defence stranded when Bedworth’s midfielder hammered a long ball
straight down the centre of the pitch to their striker who slotted the
ball away providing Bedworth with an equaliser.
The game finished in 1-1 a draw.
Well done to both teams for a tight paced game, played in good spirit.

Also well done to the “Man in Black” ( or even Grey and Green) Percy,
who always referees fairly and lets the game flow as much as possible,
to allow everyone to enjoy the game.

Birmingham remain unbeaten in 5 games since the restart of walking
football, post lockdown. 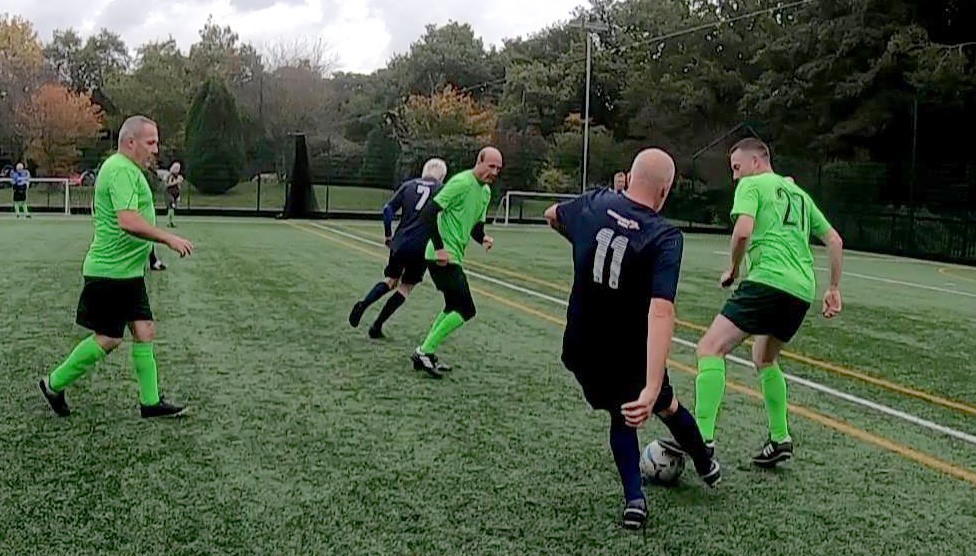 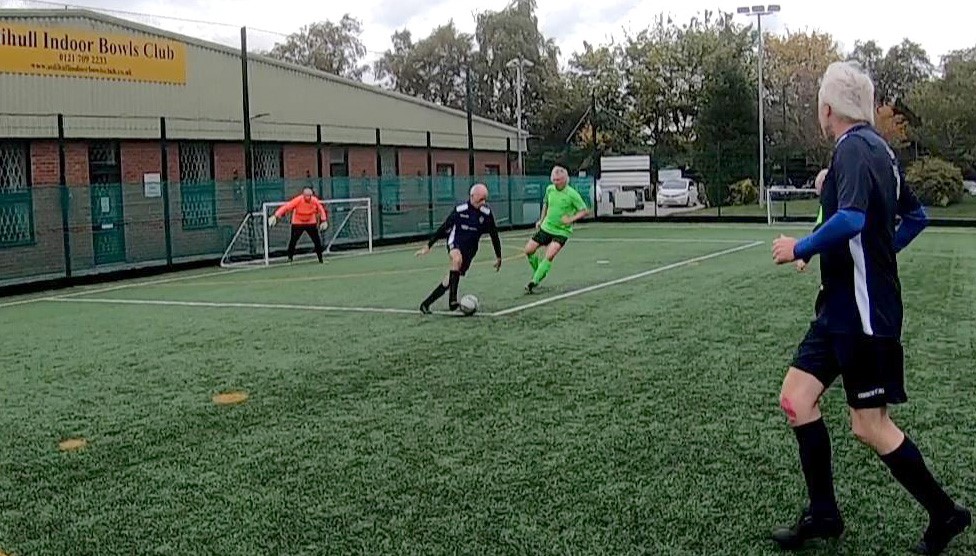 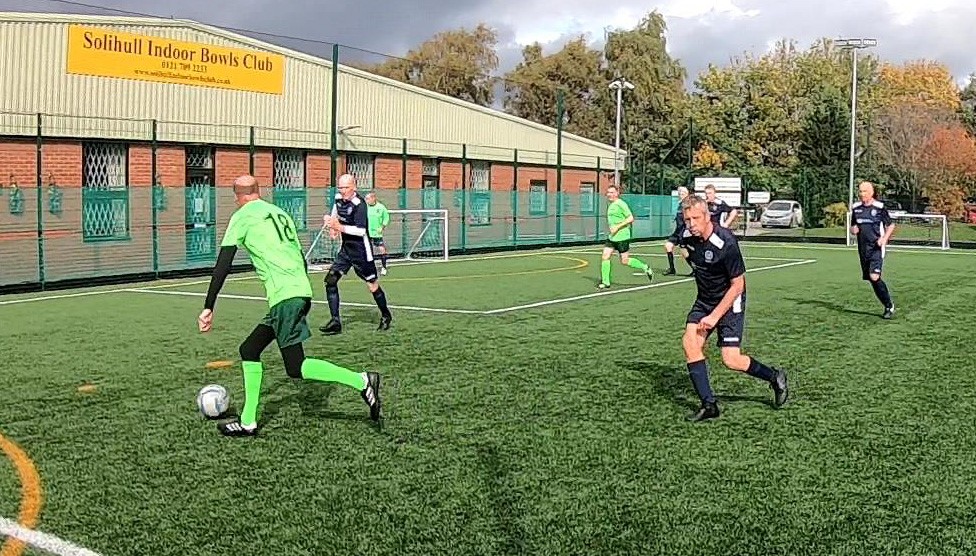 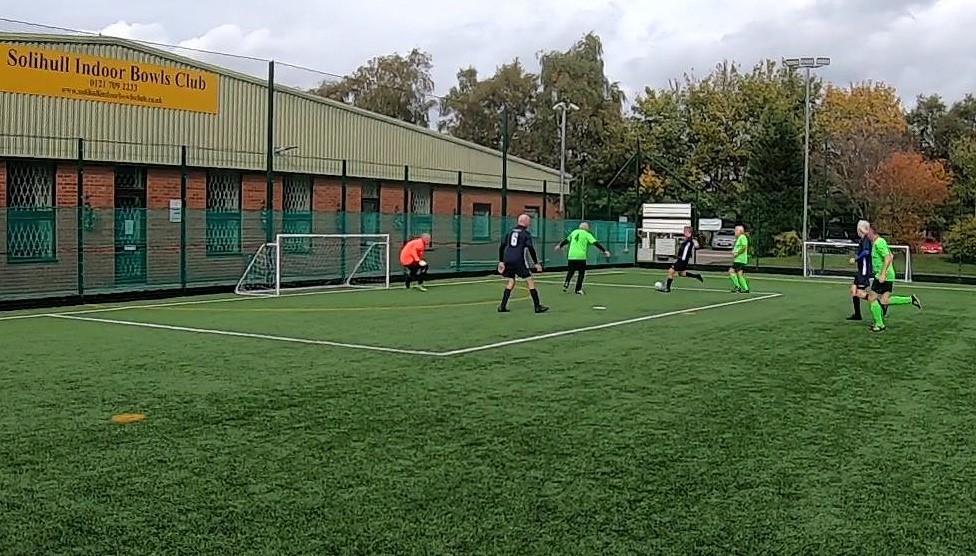