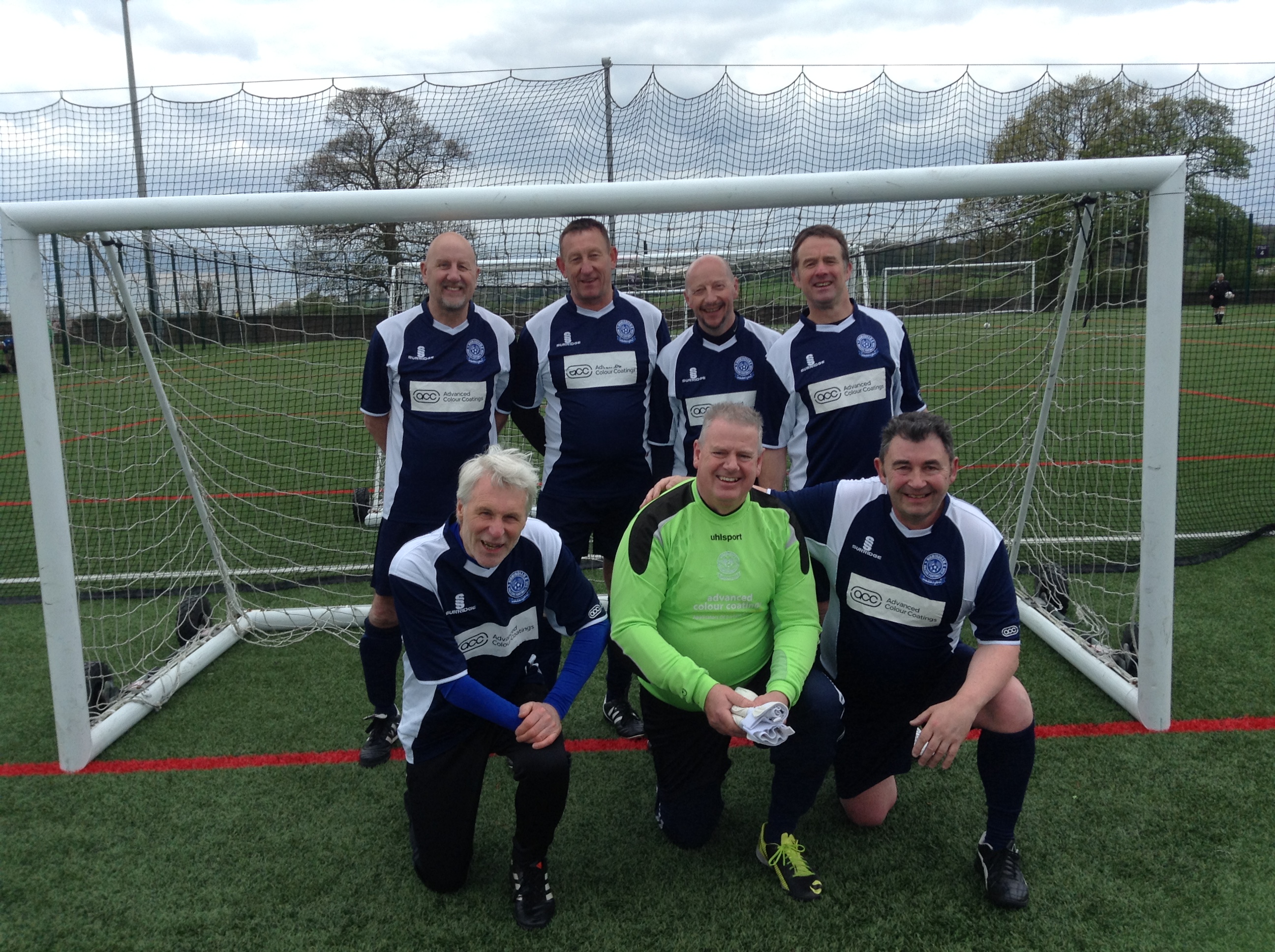 BWFC far from disgraced themselves at Keele University Sports Campus last weekend on a bitterly cold spring day. Four group matches in the preliminary round were safely negotiated before their brave run ended in a close-run semi final defeat.

First up for Birmingham was a tricky match against a skillful and mobile Manchester City team who had already commenced their campaign with a comfortable 2-0 victory over Stone.

Birmingham were quite literally caught cold and succumbed to 2-0 setback.

Without panicking Birmingham steadied the ship with consecutive 1-0 victories over Port Vale and Stone. Steve Sale capped a fine performance by striking a crisp half volley beyond the Vale keeper, whilst Mark ‘Gibbo’ Gibbons poked a shot through a crowded central area and past a despairing dive to secure the points against his former team.

These victories set up what was in effect a quarter final ‘must win’ game against Staffs Moorlands. Moorlands sat back and despite excellent link play driven by a dynamic Andy Craddock from midfield, Birmingham were unable to break down resolute defending. However, with the clock ticking down a last gasp through ball reached Sale who, in trying to turn was impeded by his marker. The referee had no hesitation in pointing to the spot and Gibbons slotted home the ensuing penalty. The relief was palpable as the ref soon blew for full time and Birmingham had secured a semi final berth versus Chesterton.

The last four encounters were an ill tempered ‘hard fought’ affair and was settled late on, ending Birmingham’s brave run with a 1-0 reverse.

This tournament was a genuine all round team effort. Our march through the group stages was built on our defensive dominance due to Ade Whitehead’s tenacious tackling and keeper Derek Hughes’ shot stopping, meaning only three goals were conceded in 5 games. In addition, the team’s hard work was epitomised by Roy Williams’ forays from the right flank. The midfield trio of Craddock, Gibbons and Williams superbly linked with the ever available Sale up front.

This was a solid and pleasing performance by a team who had rarely played together before and showed the strength in depth at the club.