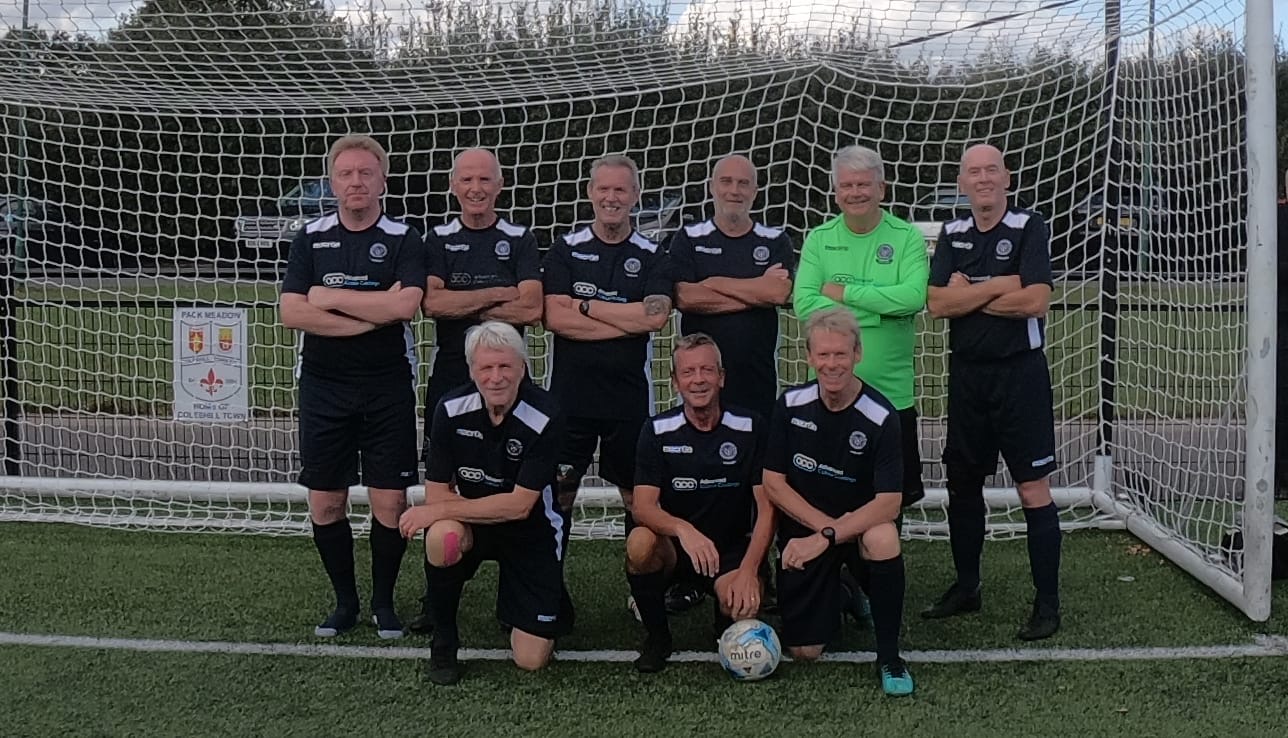 9 a side pre-season Friendly

September 29th was a beautiful warm and sunny day. This was the perfect day to play the return game prior to the start of the new league.

Having previously beaten Coleshill 4-2 at Solihull, Birmingham were confident of securing a second victory.

Both teams made changes to their squads from the previous game.

Coleshill won the toss, so Birmingham had to play into the sun.

Birmingham passed the ball with confidence and the front 3 continuously peppered the Coleshill goal with shots but goalkeeper Tony Coton was in excellent form.

Percy (Chopper) Parfitt had been drafted into the Coleshill back line to keep the Birmingham front 3 in check at all costs. It did not take long for Percy to bring down Birmingham’s Clive Macy with a heavy tackle near the area and a blue card was shown to Percy by the “Man in Black” resulting in 2 mins in the sin bin.

Birmingham made a substitution approximately every 6 minutes to maximise the on-pitch time of the ten-man squad.

Birmingham stepped up their game in the second half and this payed off when striker Clive Macey slotted a hard-low shot past the Coleshill keeper. 0-1 to Birmingham.

Not long afterwards Birmingham striker Dave Whatmore was brought down near the area and was awarded a free kick. With a choice of three strikers on the edge of the area the kick was quickly taken, and Birmingham’s midfielder Mark Evans fired a shot past Terry Coton to make the final score 0-2 to the Brummies’.

Many thanks to Percy for organising the game and the Coleshill lads for their hospitality and banter. Coleshill Town FC is a great venue and the IPA in the club house is not a bad pint either, even when drunk through a Covid mask!