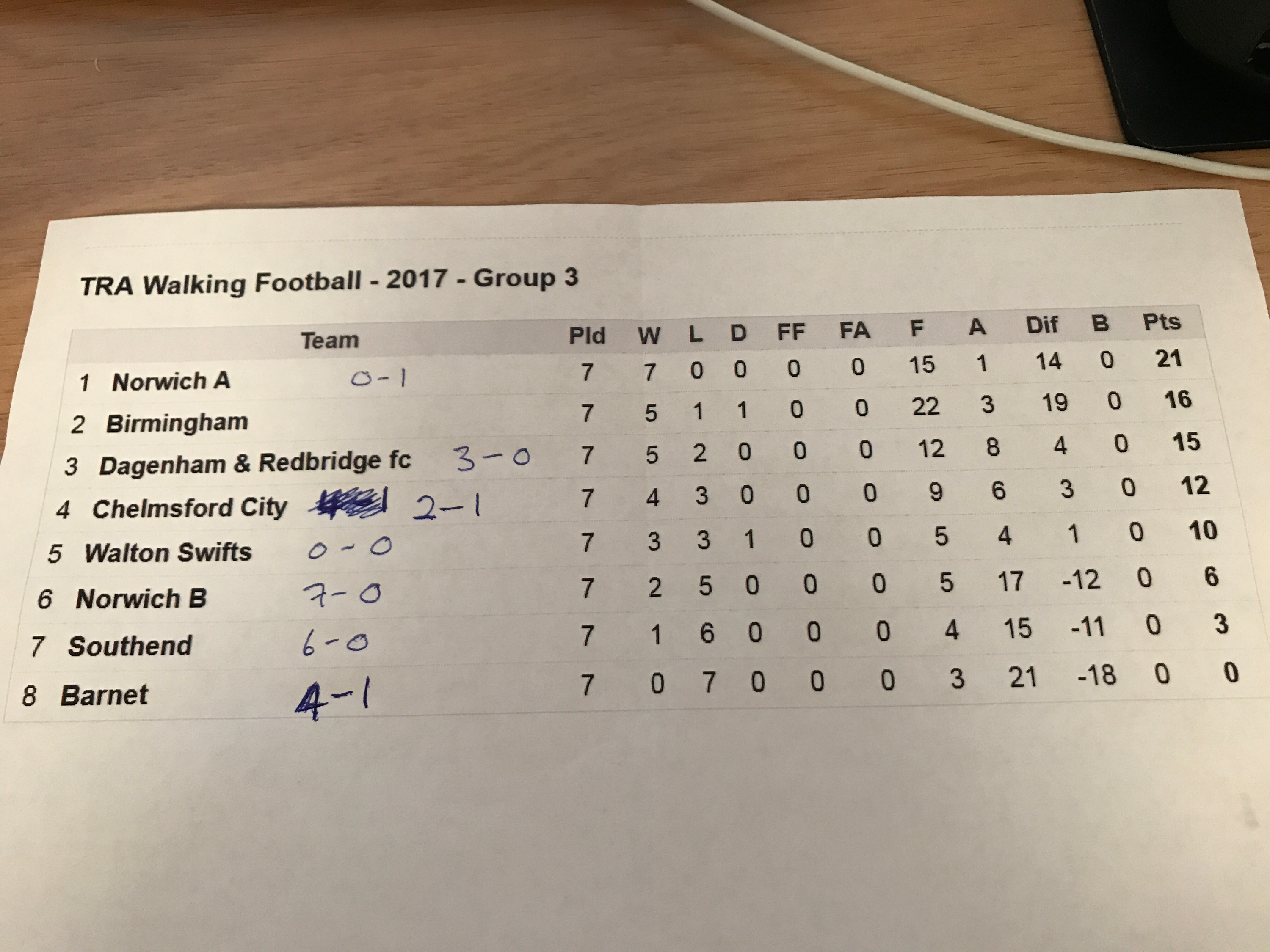 Our Over 65’s Team took part in the Dagenham and Redbridge WFC Tournament in Romford, Essex on Friday 11th August.

Eight teams from Essex and East Anglia took part, and the competition was played on a round robin basis with the League Winners being crowned Champions.

Our first game was against Norwich “A” who were the eventual winners with a 100% record. It was a very close game and we can count ourselves very unlucky not to have won. Decka hit a post with one shot and had a goal disallowed for running by a Norwich defender, the referee having blown up for the offence a second or so before Decka struck the ball !!

The other results were as follows:

It was a great team effort all round on a hot and sunny day, but special mention must go to Derek Thorp who scored 16 Goals in the competition and Keith Phipps in goal who restricted the opposition teams to only 3 goals in seven matches.