Now there’s a term you thought you’d never hear again, for a while at least!

BWFC were invited to enter a team to represent England in the International Super Vets 5 a side world cup football tournament held in Swansea 12th May 2017. Games were scheduled against teams representing Scotland, Wales and Canada. The Over 65’s Walking football category was a first for the tournament organizers who have been organizing international tournaments all over the world since 2009. First up for England was Scotland, and England got off to a dream start when Derek Thorp slotted home to put the three lions 1 up after being superbly set up by his brother Malcolm. However, a few minutes later a mix up in the England defence allowed Scotland back in to level at 1-1. England struggled to find the fluency they showed in recent warm up games and Scotland (fielding BWFC midfielder Frank Hughes) were deserving of their point, Final score 1-1. Next up, England v Wales Vets, again Derek Thorp produced a fine strike to put England in the driving seat early on to go 1-0 up against the experienced Welsh. An even contest throughout with the Welsh causing problems for the English defence making good use of the aerial ball and the ability of the goalkeeper to advance out of his area. In one such instance the Welsh were lucky to have their goalkeeper on the pitch after deliberately handling a goal bound shot on the half way line!! Fortunately it didn’t prove costly for England and they ran out deserved winners, Final score 1-0. England v Wales (YMA O HUD), the People’s Cup finalists of 2015 proved to be no match for England 2 more from D.Thorp, 1 from M.Thorp and a deserved goal for John Crampton really cemented England as the team to beat at the tournament. The scoreline could have been by a greater margin after striking the woodwork twice and missing a penalty. Goals were now precious as England were only ahead of the impressive Scots by goals scored in the tournament table, Final score 4-0. England v Canada, getting their early tournament nerves well out of the way now the England team started to find their groove and brushed aside Canada with 2 further goals from D Thorp and a sublime back healed finish from M Thorp. Keith Phipps, who had never played in goal before the tournament warm up games, was proving to be a real find with a string of fine saves all afternoon. With Del Whitmore and Barry Huntington marshalling the defence superbly England looked secure at the back. John Crampton and Dave Burgess showed their versatility by doing the job asked of them in both Midfield and defence and John Limborne proved he can play in more than one position and was unlucky to hit the post with a fine strike late on. Final score 3-0. Final game for England were the host team representing Wales (Swansea City). It wasn’t long before any nerves we’re calmed when England were awarded a penalty after M.Thorp was clumsily brought down in the area, Derek stepped up only to have his spot kick saved but the impressive Barry Huntington was first to react to hammer home the rebound. A deserved goal for Barry who had been superb all tournament who had gone close several times. A hat trick from goal machine Derek Thorp put the contest beyond doubt and the team played the ball around like Brazil, in glorious sunshine, Final score 4-0. Scotland now needed to score 8 goals in their last match against Wales to overturn the English and a 0-0 draw confirmed England as ‘over 65’s 5 a side world champions’.

‘After the recent disappointments suffered by the over 50’s, this victory was even sweeter, I’m over the moon. I felt our preparation was good, the team adapted well to different rules and overcame some quality opposition. Every man played their part and did everything I asked of them. They can all be very proud of themselves and have proved they are a force to be reckoned with in the over 65’s category.” 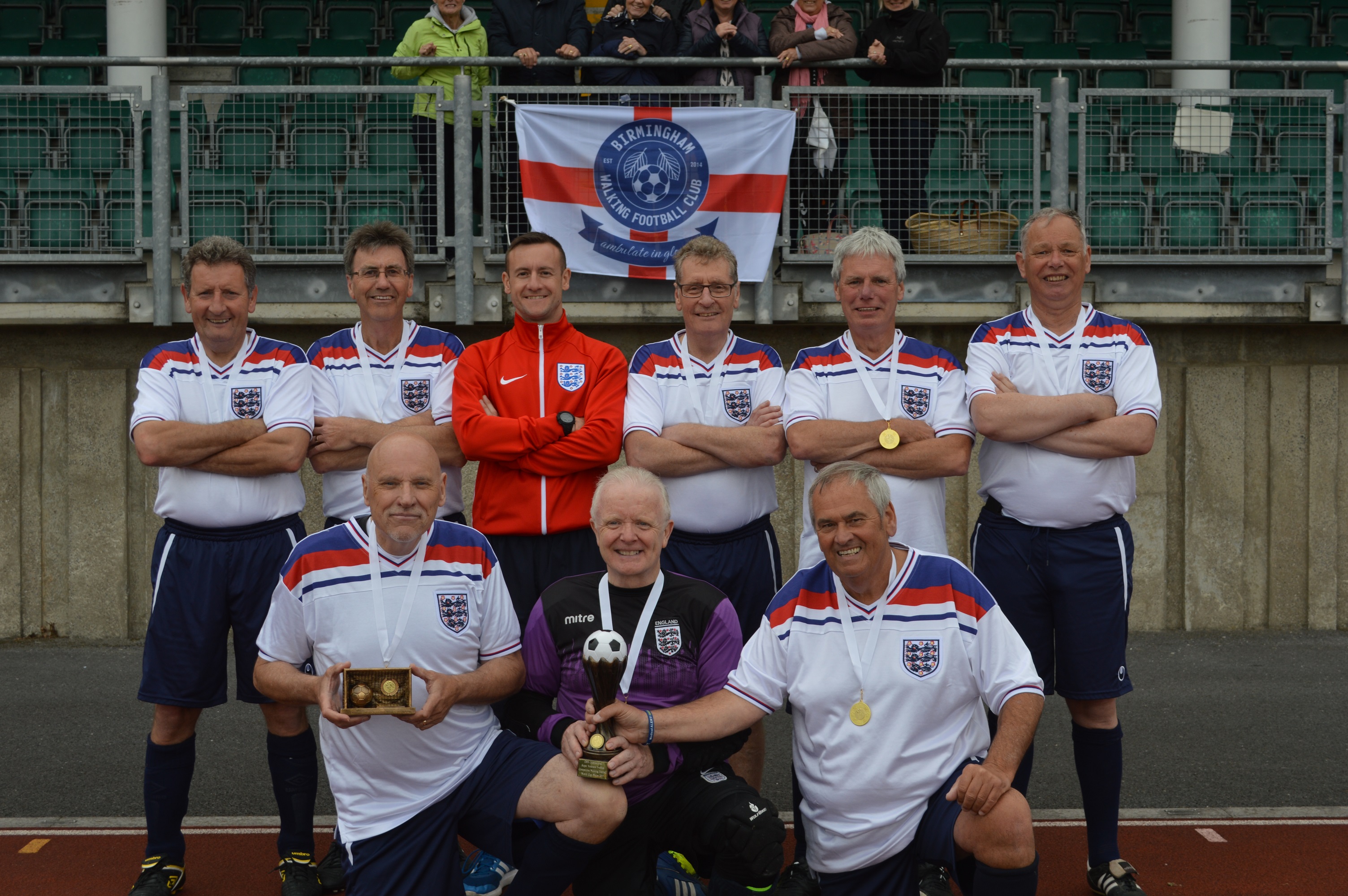 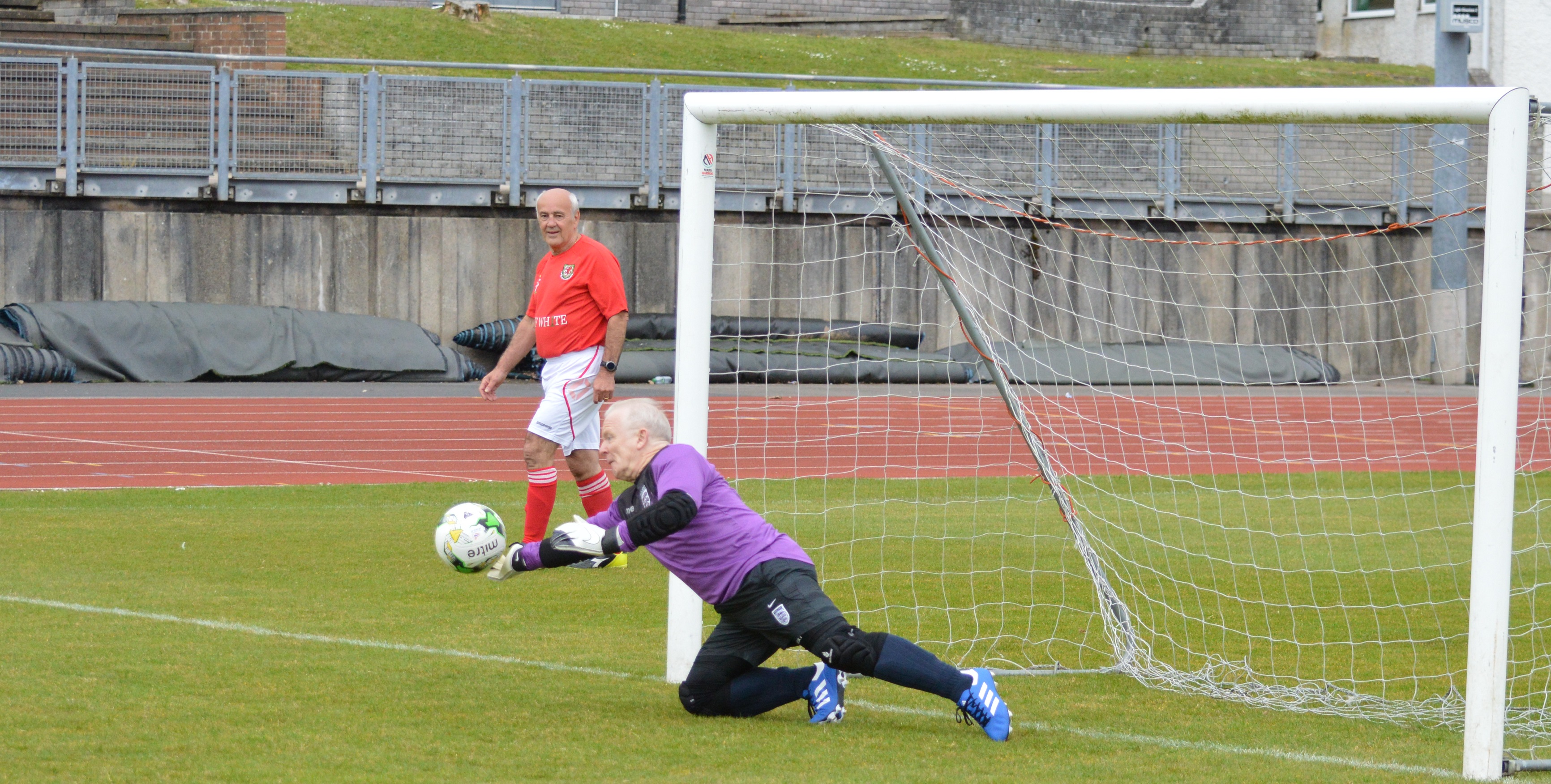 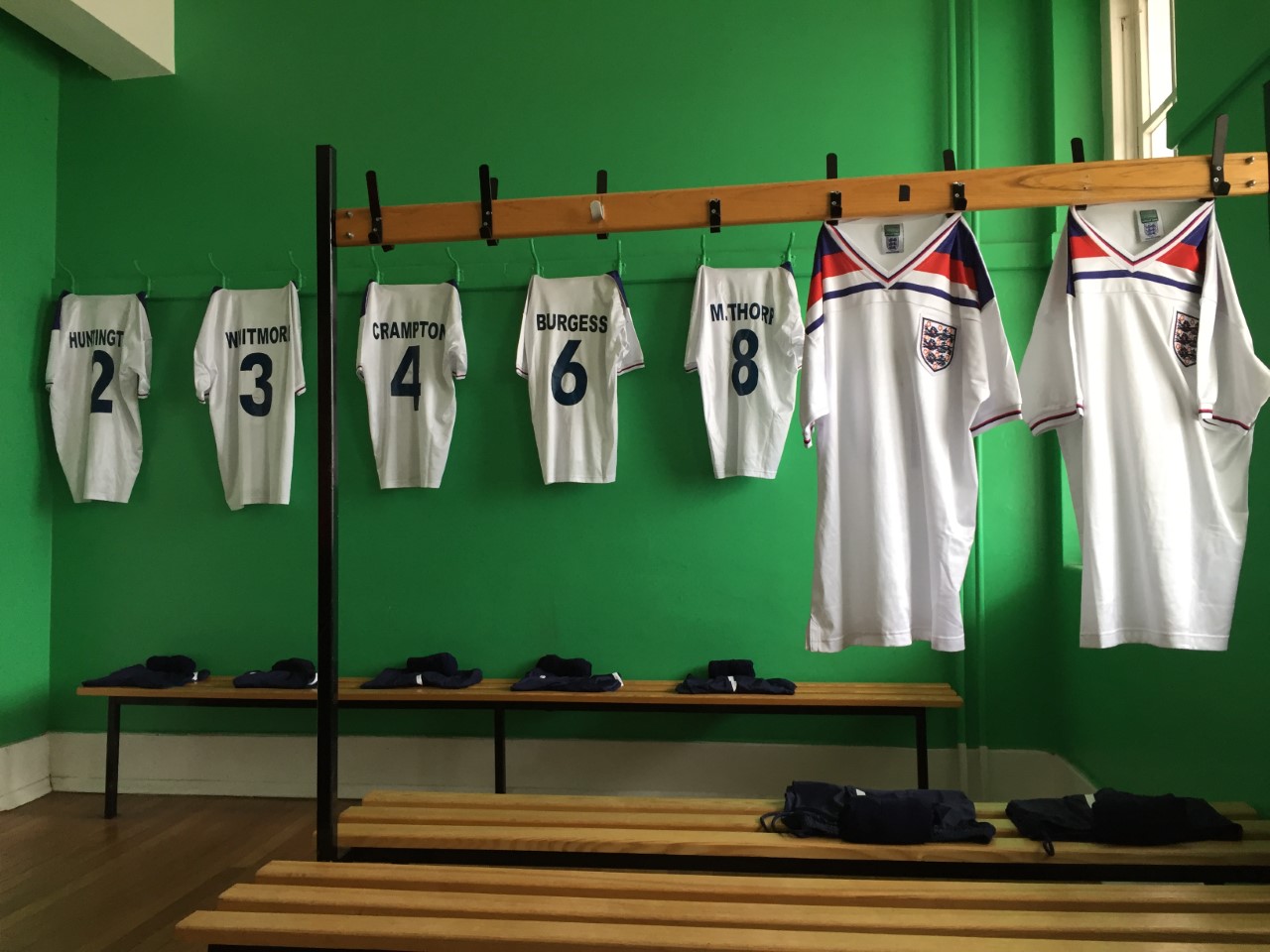