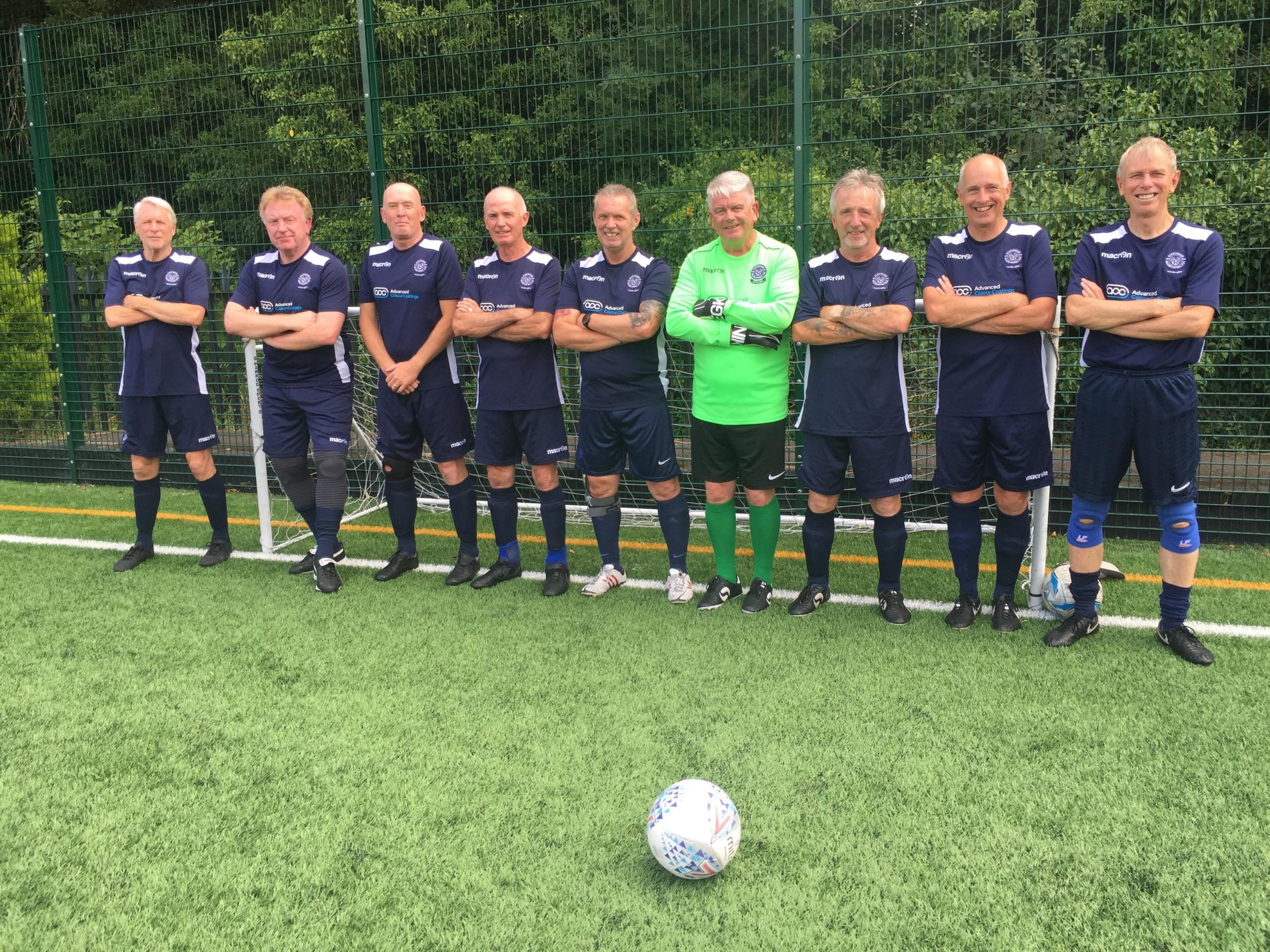 It was great to be back playing together for the first time since 11th March, as we thought it would probably be towards the end of the year before we would get the opportunity to play again.

We knew it was going to be tough going due to the heat and only a few training sessions.

This was also Paul Feeney’s first game as “Player Manager” of the + 63’s.

Paul decided on a nine-man squad and a rotation system for each quarter of the game to give all players equal time on the pitch.

Young Mark Evans turned up to watch but was handed a shirt and promised a few minutes playing time.

In the second quarter of the first half Birmingham scored their second goal when Roger Purchase picked up the ball in the middle of the park and struck an unstoppable long-range shot. Everything was going to plan with the rotation system for Birmingham when Peter Giddings came on and scored Birmingham’s third goal, again another long-range hard shot.

Coleshill decided to up their game in the second half and their efforts payed off when Jimmy squeezed the ball past Birmingham keeper Bart O’Shea making the score 3-1.

Birmingham’s defence were coming under more pressure from Coleshill strike force and a penalty was awarded to Coleshill when a Birmingham defender strayed into the goalkeeper’s area.

Mab struck a low hard shot from the penalty spot, but Bart O’Shea managed to block it. The ball then rebounded back towards the edge of the area and another Birmingham player stepped into the area resulting in the penalty being retaken. Mab coolly slotted the ball home in his second attempt, 3-2 to Birmingham, game on!

In the last quarter of the second half Birmingham’s Mark Evans fed a precision pass to Clive Macey who calmly stroked it into the net making it 4-2 to Birmingham.

‘ I was pleased with our first performance and it has given us a solid platform to build on for the 63’s league.
We have players who are experienced and can play in a number of positions, giving us strength in all areas of the pitch. I believe that we will be a real threat in 63’s league.’

A great start for Feeney’s squad and hopefully we can arrange a return friendly (is there such a thing?) in a few weeks.

Thanks to Percy for refereeing he let the game flow and did not have to hand out any blue cards.